friends. we just repressed the out of print Sport records “colors” and “bon voyage” .. you can get them via our adagio830-records.bandcamp.com or via bisaufsmesser.com/store. New color options etc

Hi, just came back from the a fantastic tour with Graf Orlock & Ghostlimb in europe and got suprised by the arrival of the new SPORT – slow LP and the repress of the BLACK HEART REBELLION – har nevo LP (still having some copies on silver left). The repress of the SPORT – bon voyage LP and their “colors” LP should be here in a week

check it out here

THANKS for your support

friends, we just recieved the new CROWS AN WRA 7″ which is a co releases with a bunch of other fine labels. We are beyond stoked to be a part of this again.

check it out here:

Posted on May 17, 2016 by robert
we are stoked to work with one of our favourite bands berlin together – Levitations!! We will release their upcoming full length this summer on ADAGIO830.
here is one of songs. Artwork is done by the amazing. JASMIN JOCHUM
LEVITATIONS nightmare
THANK YOU
and here you can spread some love
https://www.facebook.com/levitationsberlin

BAD VISION pre order is up

hey. we are proud to release the 2nd full length by our beloved Aussie Band BAD VISION which will be out this month. We started taking pre orders now.

check out this amazing tune of it

we started taking pre orders for the TOTEM SKIN re issue

We started taking pre orders for the TOTEM SKIN – Still Waters Run Deep LP re issue with a slightly different artwork that came out a while ago on Dog Knights & Protagonist and its out of print for a while now. There will be  100 copies on gold and 400 on black

Totem Skin’s shivering melodies were created in the deep forests in the outskirts of Borlänge, Sweden; conducted by 6 individuals who poured every drop of passion they could harvest from the bottom of their hearts. The band saw its dawn in the fall/winter of 2012 as a three piece, which produced and recorded two EP’s themselves while adding members as recording went along. The full line-up was completed in March 2013, allowing the band to further expand on their musical horizons. “Still Waters Run Deep” is the band’s first full length and their first real documentation since the completed formation. Recorded at the Ranch Production House in Southampton, UK and engineered by Lewis Johns (Goodtime Boys, ex-The Long Haul), the soundscape of the album ranges from raw aggression to doomy heaviness and unsettling guitar melodies. The vocals create an honest and desperate atmosphere, with the dual vocalists screaming themes of nature and problems in life. Intense grinding shares space with quiet and reverent moments, but the sonic landscape is always filled with emotion.

Lovers. we started taking pre orders for the upcoming DARK BLUE - red / white LP – which is a collection of OOP 7″s and tunes that you just need. There is a ltd edition on blue vinyl (100 copies) – the remaining 400 will be on black.

There will be also a new full length out this fall as a joint venture between12XU and ADAGIO830. And a euro tour. Stay tuned

meanwhile treat yourself and get a copy.

hey. how are you out there. we got a new mixtape for you featuring new, current and upcoming songs from records we released or will release. Hope you enjoy it and check out the band (a bunch are on bandcamp)

Friends, Baton Rouge have been friends from day one. Those guys are the nicest people in this planet and I love them to death. See them go for a good in a couple weeks will leave w/ a teary eye – but I totally understand their reasons. I just want group hug them all day long.

I´m glad I´m involved in the repress of their debut record as well. It turned great! You can purchase this one and also the “totem” LP via bisaufsmesser.com/store 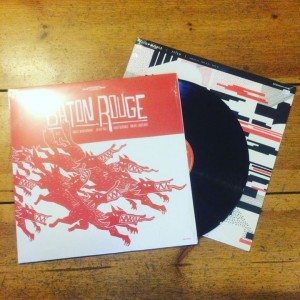 hi, yes we finally got the copies of the FUTURE PUNX – this is post wave LP (US press on Dull Tools) and the 2nd full lenght by TOTEM SKIN called weltschmerz LP (US version will be out hopefully soon on Halo of Flies and Protagonist).

You can get those beauties at bisaufsmesser.com/store 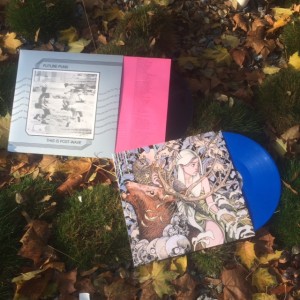